It is incredible how the meaning of ‘freedom’ has almost completely become ‘choice’. We have choices between Apple and Samsung, Suzuki and Enfield, Reebok and Nike and so on. But we have lost the freedom to talk, to explore, to wander. In the quest of owning means, we have forgotten or made to forget the abstract things of which they were means of. We are mindwashed into believing that owning the means of communication is what we really want. It doesn’t matter if you are really feel comfortable in communicating.

Probably I am wrong and having the choices is indeed more important than the old-fashioned freedom for which people gave their lives. Probably all they wanted was free markets and foreign investments when they hoisted the national flag for the first time. Probably they wished somewhere deep in their hearts that right winged leaders take up the mission of displacing and eradicating minorities in the name of development when they walked shoulder to shoulder without noticing the beard, the hairstyle, the turban, or the cross.

We are today flooded with ideas (and one of them is this). Ideas that tell us what we really want, what will really make us happy, what is really the right thing to do in some random situation in which you will probably never be in. But all these ideas really have one thing in common. They all come with a huge amount of self pity and regret. They talk about things that you should have done earlier, things you should do but can’t, things you never thought about doing but now you know you will never be able to either. But thank God you have your smartphone so you open social media so that the cycle of ideas and self pity can start again.

But if I am against right wing politics, free markets, foreign investments and choices, I should be prepared to be called as anti-national, communist, maoist, terrorist, sexist, dentist and other ists. Is it a co-incidence that the poorest societies in the world contain the most dangerous anti social elements while the most powerful ones are the rightful protectors of justice? How does every act of ‘humanity’ done by every government of the world somehow directly brings fortunes to the corporate world?

Who cares! Where is my smartphone? I need to be awake and google ‘how to fall asleep’.

Undoubtedly he won
But glory lasts for little
Time, which brought
A beast disgusting as spittle 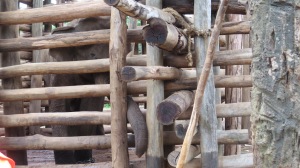 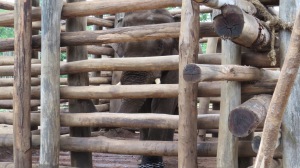 The picture of the lion was taken many years ago at the Delhi zoo (India) and the mighty Asian elephant shown is in Coorg Elephant Camp (India) where elephants are kept for days before they are transformed from wild to trained ones.